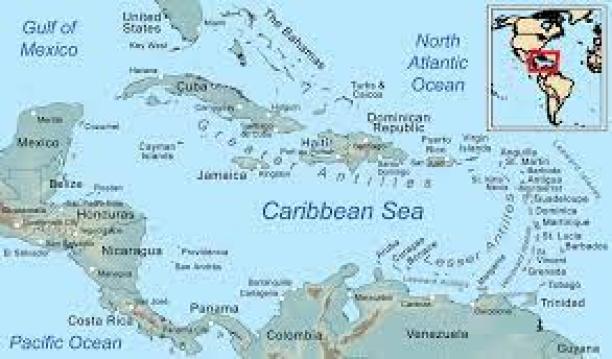 Forecasters issued a hurricane watch Wednesday for the Nicaragua-Costa Rica border as a tropical disturbance sped over the southern Caribbean on a path toward Central América.

The disturbance was expected to become a tropical storm soon and was likely to be near or over Nicaragua by late Friday, according to the U.S. National Hurricane Center.

The disturbance was centered about 55 miles (105 kilometers) east-southeast of the northern tip of Colombia’s Guajira peninsula late Wednesday. It had maximum sustained winds of 40 mph (65 kph) and was moving west at 21 mph (33 kph).

It was expected to become a tropical storm during its approach to Nicaragua and Costa Rica, though forecasters said its rapid pace and interaction with land might slow development.

As a result of the disturbance, the government of Venezuela shuttered schools, opened shelters and restricted air and water transportation on Wednesday as President Nicolás Maduro noted that the South American country already has been struggling with recent heavy rains.

“Care, caution, preparation, nerves of steel!” he said during a televised press conference as he ordered authorities to protect people.

Meanwhile, the government in the nearby Dutch Caribbean island of Curacao imposed a curfew that began late Wednesday morning, and ordered all businesses to close.

The disturbance earlier affected Trinidad & Tobago, where officials said the storms caused power outages and temporarily shut down wastewater plants, although no serious damage was reported.

A hurricane watch was in effect from the Nicaragua-Costa Rica border to Laguna de Perlas in Nicaragua. Meanwhile, a tropical storm warning was in effect for Curacao and Aruba as well as the coast of Venezuela from the Paraguana peninsula past the border with Colombia to the town of Santa Marta.

Up to 7 inches (18 centimeters) or more of rain could fall in Nicaragua and Costa Rica, and up to 6 inches (15 centimeters) of rain were forecast for Grenada, Trinidad & Tobago and northeast Venezuela.