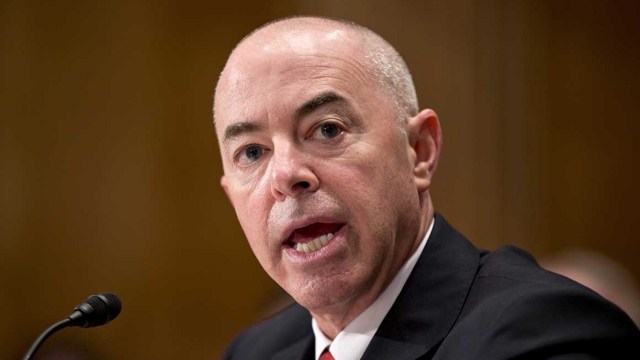 A meeting between Secretary of Homeland Security Alejandro Mayorkas and Border Patrol agents in the Yuma Sector of Arizona became tense Wednesday as they talked about the Biden administration’s immigration policies.

The agents vented about what they conveyed to be a lack of effective actions to help them handle an influx of illegal immigrants at the U.S.-México border, according to audio obtained by Townhall.

“The job has not gotten any easier over the last few months, and it was very, very difficult throughout 2021. I know apprehending families and kids is not what you signed up to do. And now we got a composition that is changing even more with Cubans, Venezuelans, Nicaraguans, and the like,” Mayorkas said.

More than 2 million migrants were stopped while attempting to enter the United States illegally from México in 2021, the first year of President Joe Biden’s administration.

Mayorkas said he knows the Biden administration’s policies “are not particularly popular with U.S. Customs and Border Protection” but that it was “the reality.”

“Let’s see what we can do within that framework,” Mayorkas added, referring to Biden’s policies. “I don’t expect people to hold back.”

One agent asked Mayorkas about the number of people being enrolled in the Migrant Protection Protocols, known as the “Remain in México” policy, in which asylum-seekers are returned to México to await their pending case in the U.S. immigration system.

In response, Mayorkas said, “Numbers are not where they need to be.” The U.S. is still in negotiations with México, he added.

Another agent was later overheard commenting, “You said you’re going to change it. The only thing that’s changed is it’s gotten worse.”

The audio that follows is muffled, but Mayorkas quickly moves on to the next person.